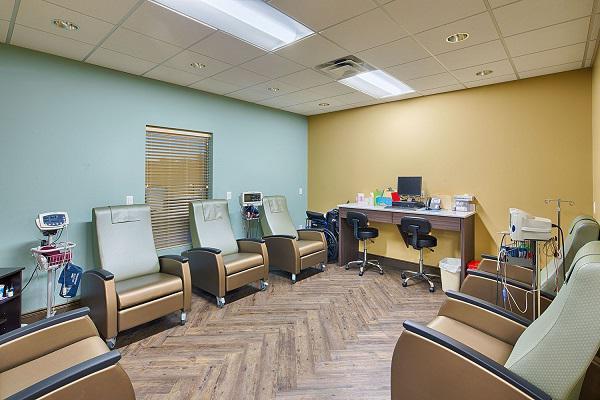 Could Ketamine Infusions be Right for You?

Ketamine infusion therapy is a viable treatment option for managing chronic pain symptoms and may be especially effective for patients who have become resistant to narcotics and other pain-relieving treatments. For sufferers of CRPS (complex regional pain syndrome), migraines, PTSD and depression ketamine therapy offer promising results.

Ketamine works by resetting the central nervous system’s sensitization to pain, thereby providing relief. Unlike opiates which make patients more sensitive to pain over time, ketamine helps quiet the brain during treatment and restores normal processing of pain in the brain to provide long-term relief. The pain response is believed to be due to the activation of nerve cell receptors, namely NMDA receptor. Ketamine is a potent anesthetic that targets these receptors, which block them from firing and decreases pain.

For patients with depression and PTSD, ketamine is an NMDA receptor antagonist and an AMPA receptor stimulator. AMPA stimulation results in BDNF (brain derived neurotrophic factor). BDNF stimulates the formation of new receptors and synapses (which are vital connections between neurons). Research suggests that a deficiency in these connections is associated with major depressive disorder and other mood disorders, along with difficulties with sleep, overstimulation and focus.

One of the brain’s key neurotransmitters is glutamate, an amino acid found in 80% of neurons. Glutamate influences the formation and number of brain synapses – the vital connections between neurons. Glutamate acts with another important neurotransmitter, GABA, to maintain a healthy, well-functioning nervous system. An imbalance between GABA and glutamate can cause problems, including anxiety, difficulties with sleep, overstimulation, and issues with focus. Growing evidence suggests that ketamine helps rebalance the glutamate system by acting as a receptor “antagonist.” One of the ways ketamine works is by blocking the NMDA (N-methyl-D-aspartate) receptor, one of three major glutamate receptors. This receptor is involved in synaptic plasticity and memory function, among other functions. A ketamine-induced blockade of the NMDA receptor results in an increase of glutamate. This initiates a cascade of neurobiological events that researchers believe is one key reason behind ketamine’s rapid antidepressant effects.

How Are Ketamine Infusions Administered?

Ketamine is administered into your blood through an intravenous line (IV) and it is called an infusion. Patients receive ketamine infusions in our clinic and are released after 3-4 hours. Our health care team monitors patients’ vital signs throughout the infusion. Most patients experience meaningful pain relief within one week. An estimated 50-60% people obtain relief and most after just one infusion.  You may experience relief for one month, or it may last up to 11 months. We continue to monitor your symptoms and can repeat the infusions as needed.